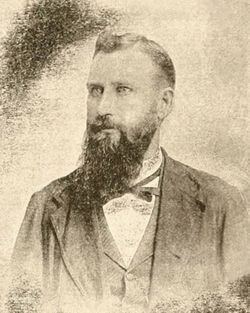 Duncan attended Monmouth College, Illinois with the class of 1866, but left to enlist in the U.S. Navy during the Civil War. Ordinary Seaman Duncan was awarded the Medal of Honor on December 31, 1864 for his heroism the preceding March.

Duncan’s Medal of Honor citation read: "Served on board the U.S.S. Fort Hindman during the engagement near Harrisonburg, Louisiana, 2 March 1964. Following a shell burst at one of the guns which started a fire at the cartridge tie, Ordinary Seaman Duncan immediately seized the burning cartridge, took it from the gun and threw it overboard, despite the immediate danger to himself. Carrying out his duties through the entire engagement, Duncan served courageously during this action in which the Fort Hindman was raked severely with shot and shell from the enemy guns."

James K. L. Duncan died on March 27, 1913 and was buried in the Wood National Cemetery in Milwaukee, Wisconsin.