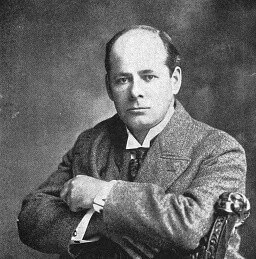 In 1898, Mr. Morgan Andrew Robertson’s horror novel entitled "Futility" was published. The novel was about a British luxury floating palace sailing from Southampton England on her maiden voyage.

It was the grandest and biggest liner ever built and the passengers were journeying to the United States. Unfortunately, the fictional ship "SS Titan" never reached its destination. One April night, its hull was ripped open by an iceberg and it sank with heavy loss of life.

Fourteen years later on April 12, 1912 a real ship on its maiden voyage hit an iceberg in the North Atlantic on its way to New York. It also sank with heavy loss of life because of the same lack of sufficient lifeboats as described in Robertson’s fictional novel.

The similarities between the names of the ships, their size, capacity, speed and the claim that both were "unsinkable" were uncanny and Mr. Robertson’s imagination accurately foretold the naval disaster. The ship was the RMS Titanic.

After the disaster, the novel was re-titled and published as "The Wreck of the Titan".