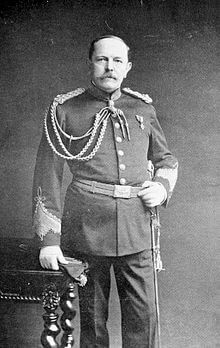 George Croghan Reid was born in December 1876 in Lorain, Ohio to Conrad Cornelius Reid and his wife Helen Charlotte (Crandall) Reid. Named after his father’s brother (a Civil War Marine Corps veteran) he was commissioned a second lieutenant in the U.S. Marine Corps in 1898. The Spanish-American War between Spain and the United States began in 1898 with the sinking of the USS Maine and led to the acquisition Spain’s Caribbean and Pacific possessions. Reid served in four theaters: Nicaraguan (1912-13), Mexican (1911-19), China Relief (1900-01 Boxer rebellion), and Philippine (1899-1913) campaigns.

He earned the Medal of Honor for his service in the occupation of Vera Cruz, Mexico in April 1914. His citation read: "For distinguished conduct in battle, engagements of Vera Cruz, 21 and 22 April 1914; was eminent and conspicuous in command of his battalion; was in the fighting on both days and exhibited courage and skill in leading his men through action. His cool judgment and courage and his skill in handling his men in encountering and overcoming the machinegun and rifle fire down Cinco de Mayo and parallel streets account for the small percentage of the losses of marines under his command."

Reid’s last military posting was to the USMC Recruiting Division in Chicago. Reid retired in 1930 and was advanced to rank of brigadier general from the retired list in 1942. Reid died on February 19, 1961 and is buried in Arlington National Cemetery in Virginia.