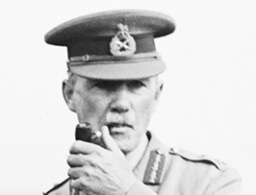 Born in Dublin Ireland on May 23, 1869, he was the son of Sir Andrew Reed, who retired as Inspector General of the Royal Irish Constabulary in 1900. Hamilton Reed was educated at the Royal Military Academy and was gazetted into the Royal Field Artillery as a second lieutenant in February 1888. On the outbreak of the Second Boer War in 1899, the 7th Battery, Royal Field Artillery was shipped to South Africa, where Captain Reed took part in the Ladysmith Relief Force. At the battle of Colenso on December 15, 1899, the detachments serving the guns of the 14th and 66th Batteries had all been either killed, wounded, or driven from their guns by Boer infantry fire at close range, and the guns were deserted.

His citation read: "Captain Reed, who had heard of the difficulty, shortly afterwards brought down three teams from his battery to see if he could be of any use. He was wounded, as were five of the thirteen men who rode with him, one of them killed; and thirteen out of twenty-one horses were killed before he got half-way to the guns, and he was obliged to retire."

Hamilton Reed returned to Southampton after the Boer war ended in June 1902 and was stationed at Woolwich. In World War I he held command positions within the 15th (Scottish) Division from 1915-1918. He retired in 1919 with the rank of Major-General. He died on March 7, 1931 is buried in the East Sheen Cemetery, London.

His uncle, Lieutenant-General Harry Hammon Lyster (1830-1922) was an Irish recipient of the Victoria Cross for his actions in May 1858 as a lieutenant with the 72nd Bengal Native Infantry during the Indian Mutiny.